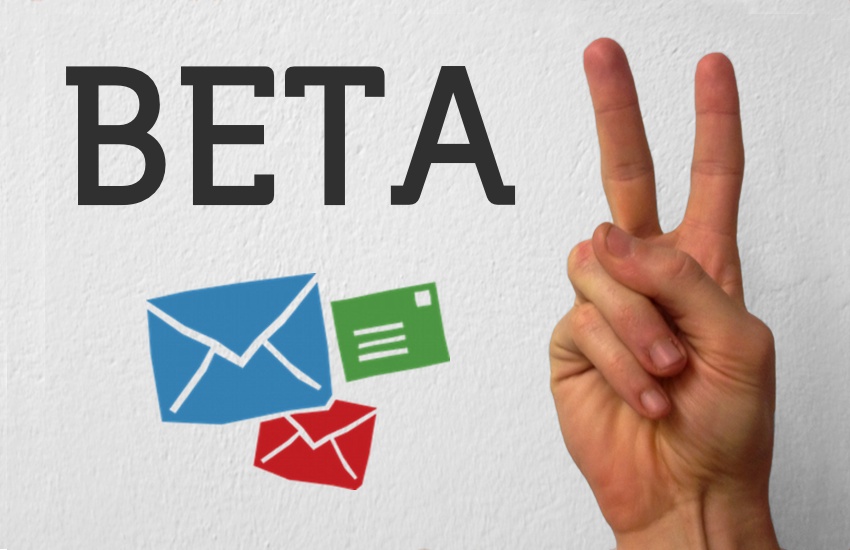 The Mailpile team is happy to announce our second Beta release: Mailpile Beta II (version 0.4.2). We're still not at 1.0 (sorry...), but much progress has been made and it is high time to update our public offerings again.

There was also a little security bug in the Beta, that we need to talk about and address... but first, the good stuff!

Where Can You Get It?

The new release is availble from the Mailpile download page, and the source is on github as always.

Please read the release notes and check our security roadmap so you know what to expect.

Note: People upgrading from the older Mac or Windows packages may want to uninstall the old Mailpile Beta before installing Beta II. Your data should all remain intact.

Since our last beta, work has been focused on three things: fixing bugs, improving the usability of PGP and speeding up the web interface.

We have made great progress on all of these fronts.

In particular, many of the bugs in our IMAP implementation have been ironed out, as has the notorious bug whereby openssl processes stick around consuming large amounts of CPU after Mailpile had supposedly been shut down. Most of the bugs that made the command line interface unusable were fixed and of course that security issue which we'll discuss at the end of this post.

The usability of our PGP interface was given some serious scrutiny, with the help of our friends at the Open Internet Tools project. The amazing Gus Andrews conducted a series of usability studies with various types of users, the results of which were posted on the OpenITP's blog. Brennan has been working on solutions based on this feedback and many improvements in Mailpile Beta II are a result of this work. Thank you Gus and OpenITP! We hope to work more with them in the future - this is just the beginning!

Finally, Bjarni went into hiding in Italy to focus on improving the performance of our web interface. As a result the Beta II release is noticably snappier than the first Beta, and we expect more improvements on this front in the near future.

Many other things are still in progress, including a more "AJAXy" user interface, a way to safely read HTML mail, a redesign of the way Mailpile stores its data, reductions in Mailpile's RAM requirements and code cleanups to make Mailpile more amenable to Linux distro packaging. Those features may not be visible in the Beta II user interface, but people who look under the hood will find traces in the code.

That brings us to the security issue which forced us to get our act together and push this release out the door:

The Mailpile Beta was misconfigured to generate weak PGP keys during setup.

To be exact, if a user installed Mailpile and did not already have a PGP key in their GnuPG keychain, then Mailpile would automatically generate a new key. Instead of generating a 4096 bit encryption key as we had planned, we actually generated a 1024 bit key. Oops!

We'd like to give special thanks to Matt Drollette for sending us a pull request on github to fix the issue.

So how bad is it really?

Realistically, there still aren't many organizations in the world that can factor 1024 bit keys within a reasonable amount of time. The NSA certainly can. Its partners probably. Some other large organizations maybe. There are some attacks that have worked to reduce the keyspace, but they're more common on SSL than PGP. So unless your attacker is a large powerful government, 1024 is probably okay-ish at the moment. And using a 1024 bit key is certainly far, far better than not using encryption at all.

On the other hand, PGP encrypted data tends to stay encrypted that way for long periods of time, so there is a possibility that somebody could intercept the encrypted message, store it until factoring 1024 bit RSA keys is easy, and then decrypt it. That could be anything between years or decades.

A lot of people still use 1024 bit RSA keys, but Certificate Authorities stopped selling new 1024 bit certificates at the end of 2013, because they're simply not good enough.

Long story short: This isn't the end of the world, but we recommend you upgrade your keys as soon as possible.

How do you fix it?

For that matter, how do you even know if you have a weak key?

These two questions are closely related, and just writing instructions for all the different operating systems out there seemed like a daunting task. So, in order to simplify the process, the Mailpile Beta II includes code which will evaluate your keychain and suggest improvements if it finds problems.

These problems are not limited to weak 1024 bit keys, the checker will also detect other problems, such as using a key that is scheduled to expire in the near future, or neglecting to create a key for one of your outgoing e-mail addresses.

To give the tool a try, visit the Mailpile command-line interface and run the crypto/gpg/check_keys command. It should produce output similar to this:

The recommended gpg commands can be run either from a bash shell (or C: prompt on Windows), or from within Mailpile itself - in order to allow the instructions to work cross-platform we provide direct access to gpg from within the Mailpile command-line itself.

We are sorry this is not more user friendly, but we had to strike a balance between making things easy, and getting the word out as soon as posible. Future versions of Mailpile will hopefully automate more of this process, detect more problems, and make our "GPG keychain Doctor" more accessible to people not used to using the command-line.

Thanks for reading this far, and thank you again for all of your support.